Coffee and beer have several dozen similarities worth appreciating and they work as natural complements to one another, opposite sides of the coin that we insert to alter our perception, cognitive abilities, and mood. There is no need to pretend as if either are not mind altering beverages. Let us get that out first, front and center, when it comes to reciting commonalities. One upper, one downer, both over the counter, bar and barista, that in moderation make life tremendously more enjoyable but taken to extreme devalue it.

Appreciating a fine cup of Joe requires many of the same considerations as enjoying a good pint of beer. From the appearance, to the feel, the smell, to the taste and resulting flavors, a quality cup of either leaves a ton to investigate and cherish.

Among the things to cherish is the bitterness. Despite a natural aversion to this taste (many poisons are bitter) we have learned to seek it out as “we realize[d] that many bitter foods, like coffee, bitter alcohols, and chocolate, stimulate our nervous system in ways we enjoy, so we actively seek them out. Over time we have also discovered that many bitter foods contain compounds that can protect us against illness, and positively influence our health.” Moreover, bitterness affords as the opportunity to balance our meals, offsetting sweetness for instance, providing greater complexity to and appreciation for our food. (McLagan) 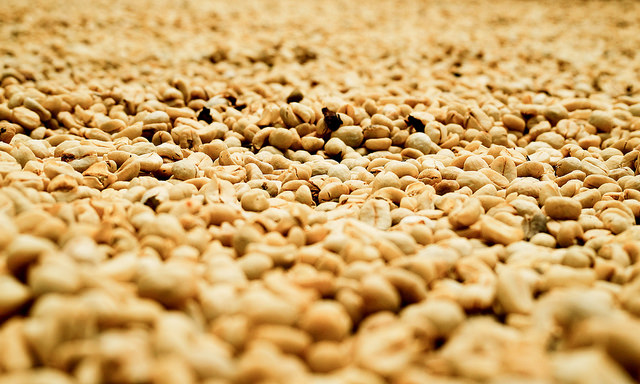 Beyond the appreciation of taste and flavors we may also investigate the histories of these liquids, juxtapose them against one another, to get a better idea of their origins, creation, evolution, and ourselves. Certainly we stand to be enlightened about our society and species for better understanding how and why a seemingly insignificant cherry pit from the east coast of Africa came to span the globe and dominate the attentions of billions for the centuries.

The above are just notes and a glimpse to the “fascinating interconnection between the disciplines of history, anthropology, sociology, psychology, medicine, and business, and offers a way to follow the interactions that have formed a global economy. Though this history has concentrated solely on coffee, similar stories could be told for other products. (Pendergrast)”

Today there endless places and opportunities to enjoy coffee. At home, the office, at the library late at night, on a date when you want to pretend you do not spend all of your free time in bars. Go ahead little fibber, put your best foot forward but eventually you will have to show them the real you. Smart to do this gradually, so sip away on your mocha latte cinnamon double decaf espresso milkshake.

McLagan, J. (2014). Bitter: A Taste of the World’s Most Dangerous Flavor, with Recipes [Kindle iOS version]. Retrieved from Amazon.com

Pendergrast, M. (2010). Uncommon Grounds: The History of Coffee and How It Transformed Our World [Kindle iOS version]. Retrieved from Amazon.com

By dropping me a message about "Bitter Cousins - Coffee", forwarding to a friend, tweeting about it and/or signing up for the newsletter to receive advance notice of posted content, added site features and opportunities to make suggestions for future data-related beer pieces and miscellany.