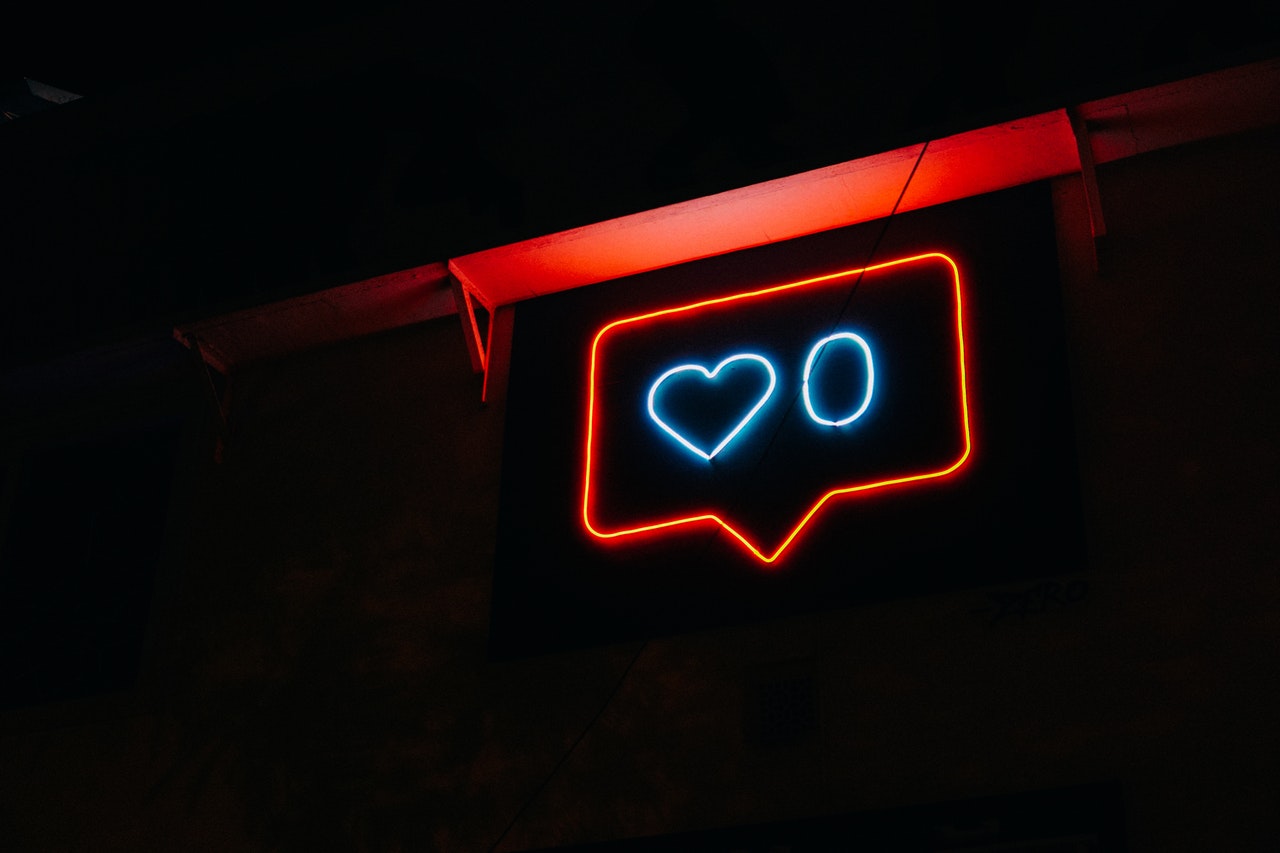 The world is burning, above the Arctic included, and we are all too busy making sure we share our opinions. As if that were not pathetic enough, too often the topic of conversation and opinion is ourselves. “Look at me, everyone!” (L@Me), is what we all seem to be screaming out. My sanity has been spared much of this self referential vortex by stearing clear of social media. Even so, I have not been completely isolated by what can happen to a mind when one spends an inordinate amount of time refreshing their feeds and serving up their own undigested brain farts, never stopping to question the point or consequences of wasting one’s limited time in this way (and others’). I too have a “crazy uncle” of sorts and their rantings on group message chats have allowed me a peak into a mind pickled by too much (mostly bad) information.

Below, an open letter to all the crazy uncles that can still be saved.

If you insist on bombarding us with these messages perhaps you could put a little bit of effort into making yourself more clearly understood. Claiming, as you have, such an inordinate amount of time and energy from those in the group you could at least show the decency to respect that attention by providing something other than belligerent diatribes. Granting for the moment that you know the truth and have a handle on the appropriate conclusions to be drawn from the topics discussed, your approach leaves much to be desired.

The motivation to your statements has been incoherent, at best. The purpose of your messages have had a number of different aims, unfortunately many of them, if not all, attempted at the same time. At various times the intent can be classified as sharing news, clarifying difficult topics, enlightening people, insulting participants in the conversation, attempting persuasive arguments and/or, when the previous meet with the inevitable various levels of failure, making boastful claims about yourself. The objectives of these disparate approaches are oftentimes incompatible with one another leading to an unclear message.

Which leads us to the inarticulate nature of your claims. Your statements are overly broad and lacking detail. We are told about a corporatocracy that is buying off politicians and we have no idea how bad it is. Who actually makes up this corporatocracy, in what ways can their influence be directly tied to ruining our government, and exactly how bad is it? English is up to the task of articulating far more nuanced arguments than those hinted at here. Moreover, political criticism in this language alone has a rich history dating to at least the Magna Carta, leaving no excuse for a lack of concepts or effective vocabulary to make one understood.

From your perspective something you write makes sense because of its being tied to a network of related ideas and arguments in your mind. That connection is only directly available to you. If you do not make those connections explicit to others at least do not be surprised when they do not see the same things you do. You suggest destroying others in a debate but it is never clear what it is specifically we would be arguing over. It is impossible, or at the very least pointless, to agree or disagree with statements left so ambiguously open half a dozen different interpretations would apply.

Moreover, the presentation of ideas is inconsiderate. The lack of proper spelling, grammar, use of racial epithets and general disdain for the other participants are just surface manifestations to a more disconcerting pattern.

Your arguments are inconsiderate to the topic, the audience, and to effective communication. When pressed on details to your arguments, arguments voluntarily put forth by yourself, you commonly reply with one of several inadequate responses: you don’t have time; you have previously covered the issue; or you submit a link in place of your further clarifying the point. Not having time is different from not taking the time to put a cogent thought into words. The amount of space taken could be cut in half if you were more economical and considerate with word choice. To repeatedly stress that you have already covered something should by this time have made you realize that the fault may not lie with the numerous people who push back but with the delivery. Finally, if you are not able to clarify your point and provide a link instead please consider the level of intellectual laziness you are resorting to by making others do the work for you.

Additionally, you do no favors to the subject by identifying so closely with it that you take any criticism as a personal attack. At the slightest disagreement you are thrown into a tizzy, tossing all decorum of conversation out the window. No one else is behaving in this manner. Moreover, conflating the topic with yourself has the opposite intention of making you appear more important, it simply makes the topic less interesting by being associated with your presentation.

Personal attacks and insults aside, you show utter disrespect for those who have been generous enough to hear you out by displaying no patience of your own. It is always fair to assume your audience is sufficiently capable of following your reasoning. It remains to the speaker/writer, in fact it is their fundamental responsibility, to present ideas in as clear, succinct and compelling a fashion as possible. To that end, canned responses are not a bad thing in themselves. Given the cringe inducing reassurances that you have done a lot of research, are a very smart person, and that you have thought these things out, declarations that would be laughable if I thought you understood irony but which you mean in all earnestness, I am disappointed by the pedestrian observations put forth. Additionally, you change topics mid-argument, occasionally mid-sentence, attribute points of view to your opponents never expressed, and show either an inability or unwillingness to develop a conversation that would be rewarding to all involved by challenging ideas.

To not belabor the point any further I will wrap up with the biggest sin of all, ineffectual communication. To claim your writing and speaking about these topics is a form of political behavior or involvement is not illegitimate. However, to best judge how well this action is performed it would be helpful to juxtapose its role against other forms of political action. There are the functional aspects of political life related to voting, jury duty and running for office. There is the cooperative form of political life where people get together to do community work, protest, put out newsletters, and field petition signatures. And you have the expressive component of a democracy whereby people share their points of view and opinions. This happens across many, and an increasing number of, venues, e.g., radio shows, op-ed pieces, pamphlet writing, chat rooms, and social media. All of these actions are critical to a functioning democratic society and each would be handicapped in the absence of the others.

At this point we have to ask ourselves what it is your messages have expressed. There is passion, opinion, and energy. While these traits are necessary to making a compelling statement they are not sufficient. Not a few of the other required qualities have been hinted at by way of highlighting their opposites in your writing. When speaking, whether in person or via phone/video, you are more convincing, due in no small part to being more measured (you could hardly go the other way), possessing an occasional sense of play, and through your ability to build rapport. However, the same rhetorical devices have proven elusive when converted to text. What comes across is aggression and frustration. The latter a symptom of not having others agree with you but more likely caused by an inability to translate your thoughts into words on the screen.

Of course, the same set of arguments should carry equal weight regardless of the media but that is a naive view that foolishly oversimplifies human communication and discounts context. Different media favor and inhibit different factors. It is clear that you have conformed your online communications to a rapid-fire combative environment that places a premium on reactive type-first-think-later participation. Leaving aside the desirability of pursuing such a model of communication it is worth acknowledging that it is the antithesis of thoughtful conversation.

Having the ability to do something, e.g., post and share ideas, people cannot help feeling compelled to make use of it, rarely considering how infrequently they have, or ever would, address in person the same number of people, with the same ideas, in the same way. The lowered inhibitions induced by a social platform frequently encourage a lowered standard of thought, accountability, and civil discourse.

Finally, consider someone arguing for their favorite movie, pizza joint, or sports team in the manner you have: sweeping generalizations backed up by flimsy evidence, insults, and declarations about how smart they were. We would dismiss this person’s opinion. How could anyone imagine this same behavior carrying weight on a topic as serious as the future of our democratic society?

Below find a quantification of the crap from a three-plus year group chat. Pseudonyms from Reservoir Dogs were used to protect both the innocent and the guilty.

By dropping me a message about "You're So L@Me", forwarding to a friend, tweeting about it and/or signing up for the newsletter to receive advance notice of posted content, added site features and opportunities to make suggestions for future data-related beer pieces and miscellany.