This post is inspired by BuzzFeed’s 2015 “One-Star Amazon Reviews Of Classic Novels Are Hilarious” article. I could not help myself from tracking down some iconic and highly rated beers to see what an equivalent level of dissatisfaction would look like in my area of interest.

A well regarded item with any longevity will inevitably have people taking shots at it. This may happen for a number of different reasons: dashed hopes, hype fatigue, schadenfreude, and sometimes simple misalignment of expectations. Additionally, unlike books in our modern world, certain beers are not universally available meaning on top of everything else people will take upon themselves travel, trade, and standing in line to get at some sought after suds. In the moment you have a less than satisfying beer in your gut it is difficult to keep in mind that the journey was as much the point as the destination.

As if anyone was listening. Well, I was. 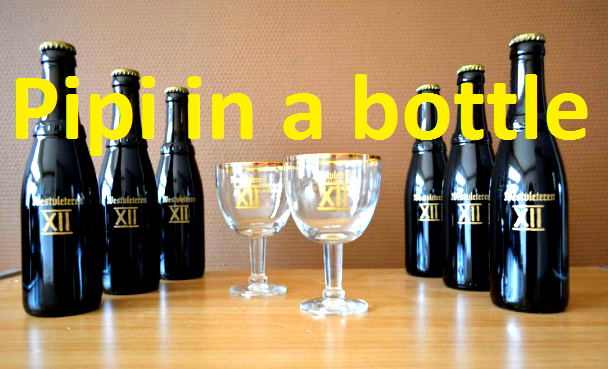 “Pipi in a bottle”

“Absolutely garbage if your a true beer nerd. Taste like a budweiser with some raisin and plum notes, on top of it being extremely difficult to get this beer does not live up to its hype at all, pure malty shit bomb.” 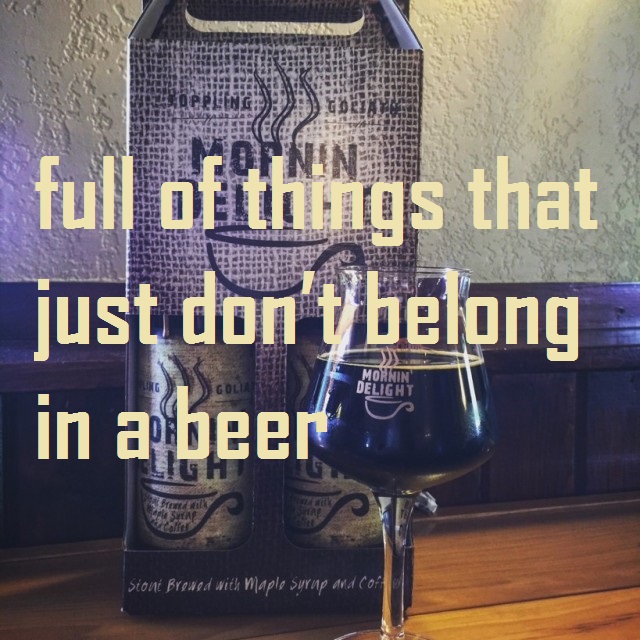 “Just as the Americans like it, sweet as hell and full of things that just don’t belong in a beer, such as coffee flavor. It is very aromatic though, and if you like that a beer tastes like hot chocolate coffee with beer flavor, then this is the stuff for you. Soon to find in your next Sturbucks!”

“Oh boy. Oh boy. Oh boy. What a failure. Cinnamon², cardemom², chili². Overspiced², hence flavour profile is completely out of balance. The average mean of this beer is ridicilously high. Wondering if all ratings of this beer are done by aliens. Or America = Aliens? The truth is out there. Go get them Mulder. X Thanks berntholer for this extraterrestrial.”

“Much like regular Hunahpu, I was not impressed by this beer. For all that goes into it, it just isn’t executed well, and frankly just simply does not taste good. It was nice to try it, but I would never go out of my way to try it again.” 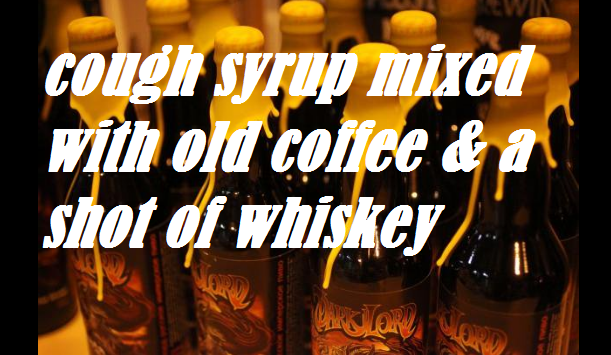 “I was not impressed and actually gave the rest of my pour to my friend Kev.”

“The flavor is all booze and caramel. It’s almost like the beer itself is completely gone. They could have just barrel aged miller light and with this level of alcohol it would taste the same. Not worth the wait or the price.” 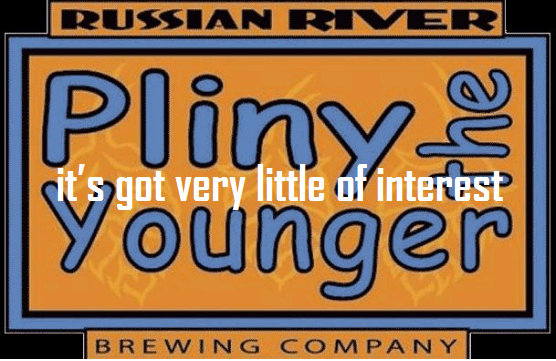 “Straight up sweet hoppy nose. Strong yellow body with a thin foamy head. Taste-not as hoppy as I was expecting. Basically a grapefruit/grass hop tea.”

“Have had this two or three times and just don’t get the appeal of it…it’s got very little of interest in the aroma, and although is pretty well-balanced for the style, it’s nothing special for me overall.” 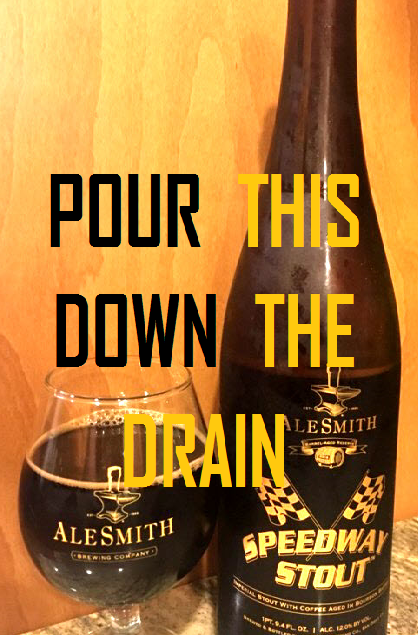 “I like the concept more than the product itself.”

“Surely my palate is not up to the task of this complex roast bomb, it’s me not you.”

“I ended up having to pour this down the drain.”

“Despite me having this as one of my worst beers, everyone else enjoyed it.”

“This is an overrated beer if I’ve ever seen one. Did not live up to the hype. KBS is 100 times better. I cannot stress enough that this beer is no better than another bourbon barrel aged stout on the shelf at your liquor store. I was really struggling to get any complexity’s from it and there was no coffee flavor what so ever. Don’t get me wrong this is a good beer but It’s definitely is nothing special and I still can’t believe what people will trade for this. Do yourself a favor and mix expedition and double cream yourself and add a little bourbon. You’ll have the same thing.” 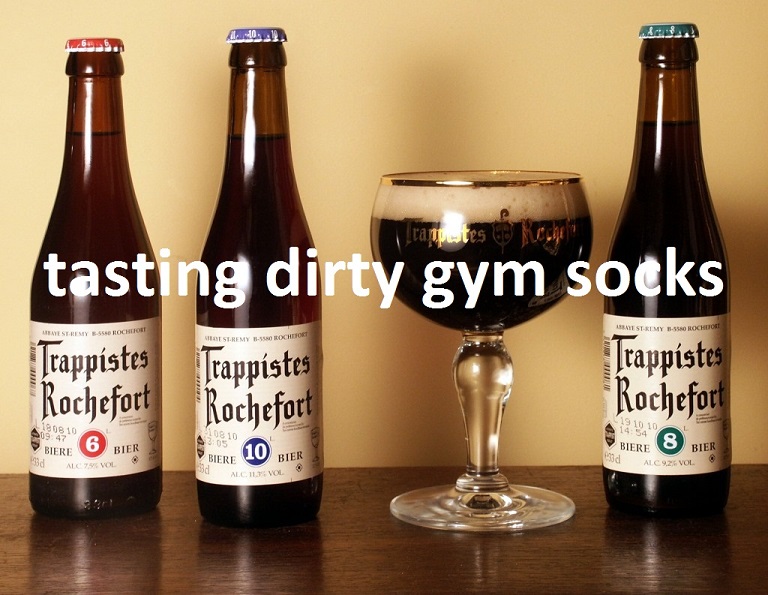 “I can’t say I like the alcoholic - plum flavoring and it made be gag.”

“Seemed slightly dull/lifeless to me.”

“It certainly does have lots of flavor. Horrible rotten flavor. Did they brew this beer using fruit harvested from the bottom of a pigs trough? I can’t even finish the bottle.”

“The smell was awful. It smelled like rotten fruit and upon drinking it did not get any better. Very bitter and sour tasting. Not pleasant at all. By far the most disappointing beer I have ever had.” 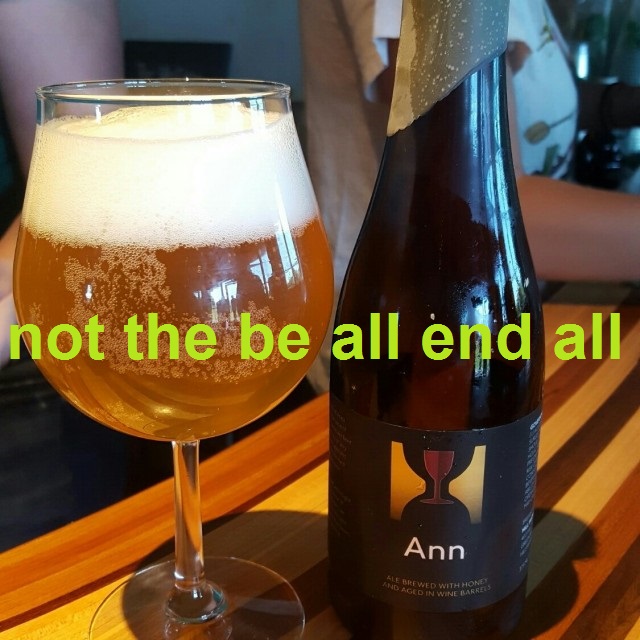 “I certainly wouldnt go through the lengths or trade what I did for this bottle again. From what I hear, it was much better fresh.”

“A good beer, not the be all end all beer that everyone has been making it out to be.” 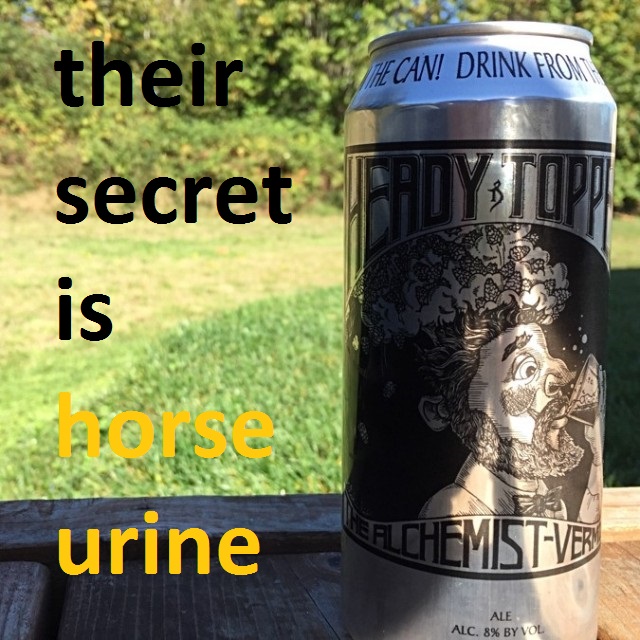 “This beer is gross. Can’t drink more than a few sips. It’s cloying and sweet and not bitter enough for a dipa”

“Their secret is horse urine. The secret behind the secret is that you have to feed the horses tangerines and lemons. So there you have it. True alchemy - gold from horse piss.”

“The absolute worst double IPA I have ever had, and this is my favorite style! … Hops are barely existent, there is an inherent smoothness to the beer but it tastes of wet cigarettes.”

“Smells of a used dirty ashtray. Not pleasant.”

“For centuries bloodletting was thought to be a good way to cure illness, folks in the 70’s thought it was a good idea to wear a lot of polyester, in 1990 millions of people thought Milli Vanilli produced good music. What’s my point? Humans are prone to mass delusion. The current wave in beer – this “the more hops the better” kind of thinking that could lead thousands to claim Heady Topper as one of the world’s finest beers – is just that. I really and truly do not believe that this beer actually tastes good to anyone. It is monolithic and plain gross - like drinking a can of pine-sol. May history be my witness: global warming is real and proclaiming to actually enjoy all these mega-hopped beers is nothing more than a fad – one that’s been supercharged by dudes responding to some kind of intellectual insecurity. Heady Topper represents the apogee of the pendulum swing, it is time to return to the timeless qualities of reason, balance, and refinement.”

By dropping me a message about "Then there is no pleasing you", forwarding to a friend, tweeting about it and/or signing up for the newsletter to receive advance notice of posted content, added site features and opportunities to make suggestions for future data-related beer pieces and miscellany.